One of the problems we encountered while working on the "Elections map": several points — Election Commissions — may have same address and as result same coordinates. So this points become overlapped and only information for upper point was available.

The oblivious solution of this issue — move overlapped points at small distance, that they all become visible. Moving all points by hands is not a good solution as we have too many overlapped points and it is diffcult to keep same distance between points. So we start looking for automated solution. First of all we remember about existing "Point displacement" renderer in QGIS (it is in core now). Unfortunatelly this renderer only works in render-time and don't update shapefile itself. 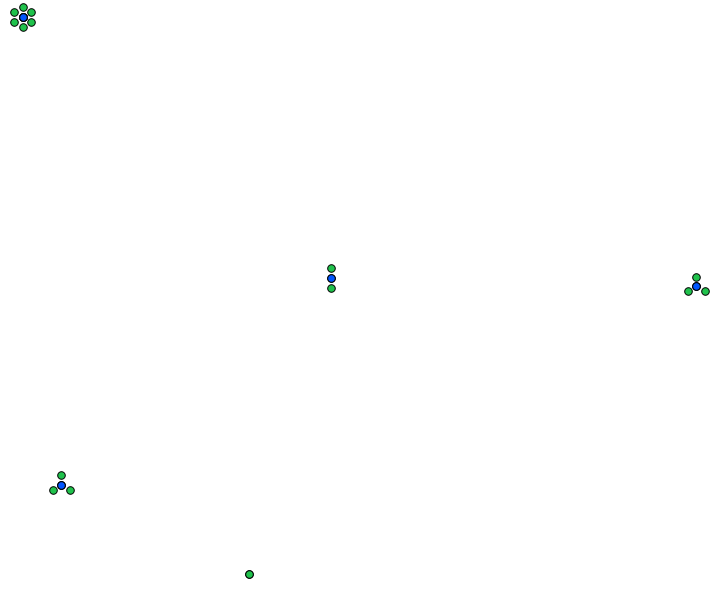 How does it work 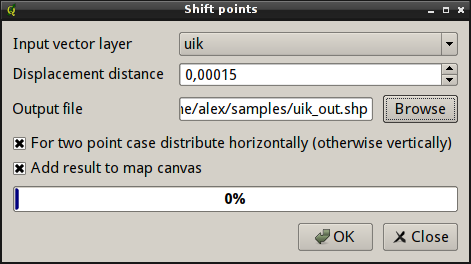